The Netherlands Foreign Investment Agency recently hosted six U.S.-based journalists on a whirlwind tour of the Netherlands to see Dutch medical technology innovation including everything from organs-on-a-chip, imaging and tissue engineering to 3D printing, robots and smart sensors.

Over a one-week period we were able to showcase the Netherlands’ medtech strengths to a U.S. audience, including stops at some of the country’s 12 research universities, eight university medical centers and more than 3,000 life sciences and medical technology companies.

The Netherlands’ total healthcare spending was more than $78 billion last year, with medtech spending accounting for more than $4 billion. As the second largest import and export country for medical devices in Europe, it’s no wonder life sciences companies invest in Holland.

Below is a recap of our stops throughout the week – each of which showcased medtech innovations across the Netherlands. 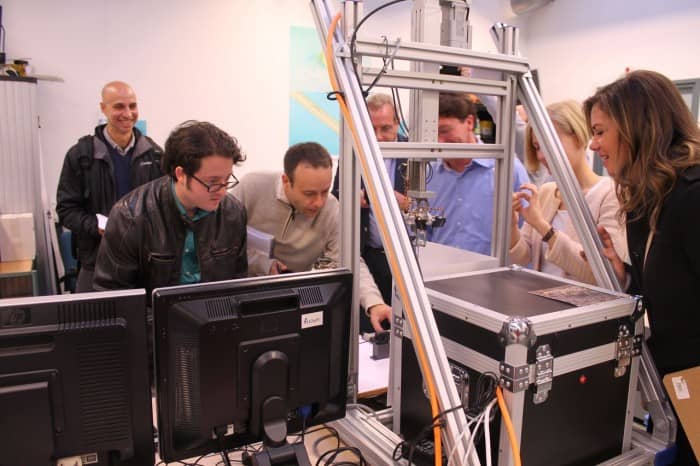 The first stop on our medtech press trip was the TU Delft Science Park to learn about the national research on minimally invasive instruments. Researchers at TU Delft create instruments that reach, diagnose and treat tissue at any part of the body, working directly with surgeons for input. We also stopped by Yes!Delft – a startup incubator where hundreds Dutch companies have successfully launched – to meet with medtech startups and scientists. 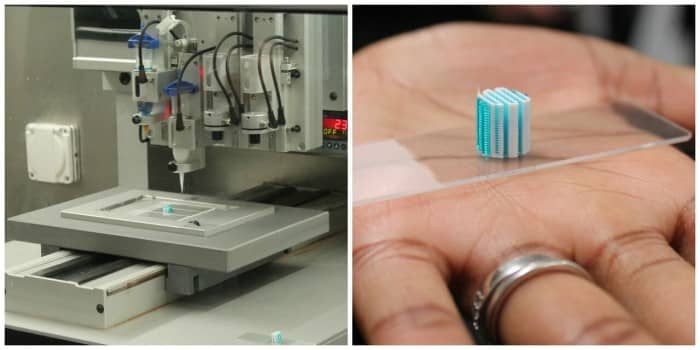 “Beating the heart of the knowledge economy,” Utrecht Science Park is a collaboration between Utrecht University, the University Medical Centre Utrecht (UMC) and other companies and research institutes. After a presentation on biofabrication in the Netherlands and its significance on worldwide research, the group toured UMC’s MRI-linac and high-field MRI facilities. Some 3D printing machines were in action printing models for knee replacements (made with–believe it or not–Nivea lotion). 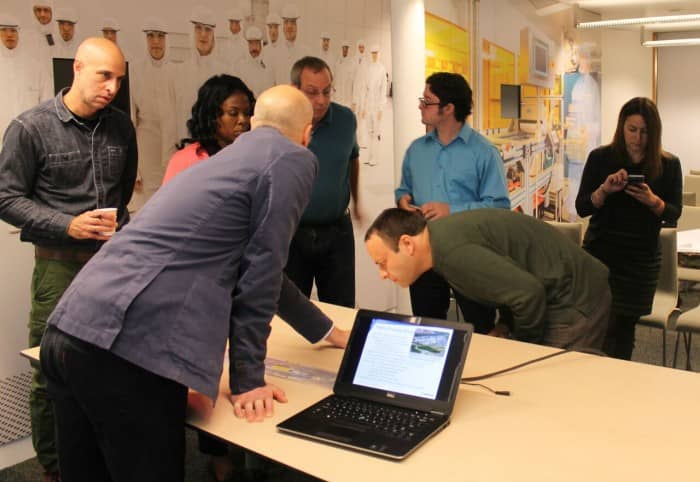 At Eindhoven’s High Tech Campus – which is home to more than 135 companies, startups and institutes – several companies met with our group to introduce and demonstrate new technologies being developed in the Netherlands and used throughout Europe and the world. While at the Holst Centre, the group saw companies present on x-rays and wireless sensors including LifeSense’s urine loss prevention and Bloom’s pregnancy monitoring. The Medtronic company Sapiens demonstrated deep brain stimulation technologies. 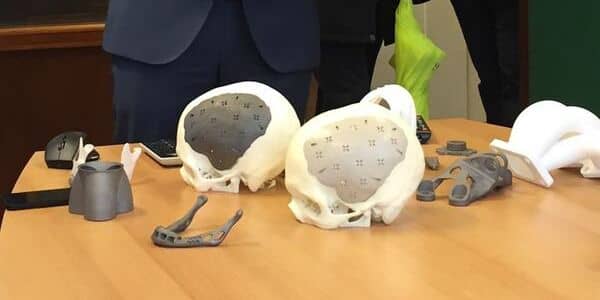 At the Chemelot Campus in Geleen, MERLN Institute presented how fundamental research leads to startups and market-ready products in technology-inspired regenerative medicine, and InSciTe gave a tour of its recently opened biomedical facilities. In addition, PharmaCell discussed its work in cellular therapies and regenerative medicine, and Xilloc demonstrated its products which included 3D printing molds for patient-specific implants, shown above. 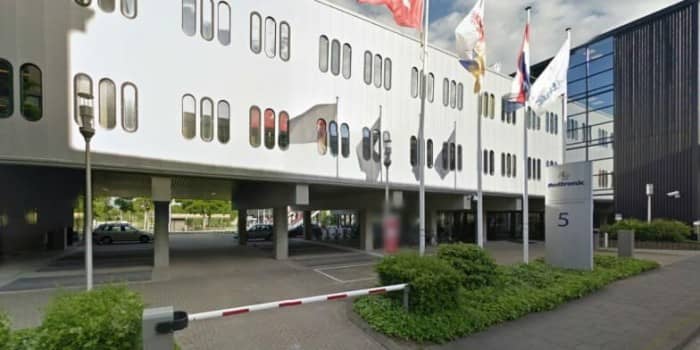 Medical device industry giant Medtronic has a rich history in the Netherlands, having been in the country for nearly 50 years. The company’s Bakken Research Centre (BRC) was opened in Maastricht in 1987 and houses operations including clinical and economic evidence, therapy innovations, regulatory approval and global translations. The BRC handles hundreds of commercial product approvals, clinical studies in the region and registration requests. The BRC also has ties to the nearby European Medical Training Center (EM-TRAC) which trains and educates physicians and other healthcare professionals.

Innovation and Research in Rehabilitation, Neuro/Robotics and Lab on a Chip

At the end of our trip, journalists visited the largest Dutch scientific research center for rehabilitation technology, Roessingh Research and Development, which works closely with the University of Twente and other knowledge institutes, companies and hospitals, on research surrounding rehabilitation and neuro/robotization. Our group saw demonstrations by Motekforce Link, Hankamp and Demcon. The group also learned about the work the Micronit, Pluriomics and Mimetas are doing in the area of Lab-on-a-chip, nanotech and Organ-on-a-chip when visiting Kennispark Twente, and Mesa+, one of the world’s largest nanotechnology research institutes.

As a hotbed for medtech innovation, the journalists came away with a new understanding of the research and product development happening in the Netherlands. We look forward to sharing strengths of the Dutch life sciences industry with an American audience and invite you to contact us for more information about expanding or collaborating with medtech companies in the Netherlands.